A downloadable game for Windows and macOS

Is there anything more terrifying than a fascist?

Explore the apartment of a nostalgic Francoist to find your friend in this short First Person Horror experience set in Spain.

Your friend has been missing for days. The only clue she has left you is a note with an address: "Barrio de Salamanca, Madrid. Bloque 13, 3°A".

This experience takes place in an oppressive and unique atmosphere, full of references to the traditional Spanish culture. In this experience, the players must explore the creepy apartment to find clues and solve puzzles that help them find the protagonist’s missing friend. With only a flashlight and their ingenuity, the players must enter the darkness and overcome their fears to reach the end.

The game has been developed for no commercial purposes. Although some of the elements that appear are based on real life, this game is pure fiction.

ROJO does not represent an apology to the Franco regime or its figure. On the contrary, it is a representation of the terror produced by fascist ideologies, fanaticism and extremism.

You can play this game in English or Spanish.

A game developed by Miguel Moreno with Unreal Engine.

Thanks a lot to everyone who played ROJO! ♥♥♥

Viewing most recent comments · Next page · Last page
Tokio Lotus3 days ago
It was a good lil horror bite. I loved the chain room and wind up flashlight~
Reply
hugo69x34 days ago

I was immediately drawn in by the cover image. It's not often that you see titles in Spanish, so when I paid close attention and noticed the introductory line of ''Is there anything more terrifying than a fascist?'' I knew I was in for something else.
This game was an absolute experience from the very beginning.
As someone both born and raised in Spain, I suffered a lot while trying to make my way through the apartment because I was getting extremely excited at just how many elements of a traditional Spanish household I was seeing, from the old kitchen with the colacao bottle to the design of the furniture itself. I was so happy to see things I'd grown up with in a video game! However, the attention to detail was so on point that no matter the excitement of hearing ''Campanera'' playing (ON A VIDEOGAME!!!) I recognised all of the elements you NEVER want to see, from the moment I crossed the front door I knew exactly what type of man I'd find inside the house.
My fear was very welcome as this was an experience I had never had before. I've never had the experience of having experience!
I've never stepped foot in an American household or been forced to find 7 notes taped to trees by a tall faceless creature, but I've seen my fair share of pure Fascist Franco supporters in my lifetime and that's an experience I never would have thought would have been evoked also in a videogame.
I know the story is fake, but it's so real. From the multiple signs of aging in the Tennant to the clear ''Grandpa are you watching from heaven how I graduated college'' attitude towards Franco that all fascists seem to have, every detail of this game BROKE ME.
Congratulations, this is a masterpiece; from the story to the graphics, amazing.

A perfect example of a horror game. Great graphics, a creepy story to uncover and a scary chase LOL. Excellent work :) Game starts at 13:44

Reply
yanameen84 days ago
Such a smooth, crisp, and terrifying game! I don't know if i'm more impressed with the way your sound design still gave me goosebumps while editing this vid after playing, or by the fact that I still want to keep this game to play again and scare other friends.
Reply
ph2t9292 days ago
i like this graphic and gameplay. Thank you
Reply
DisguisedPixel97 days ago

This game had me scared from the moment I opened that door. Very good atmosphere! I loved it!

Reply
RyoNam117 days ago
This is a good game, the environment design is awesome, faulty flashlight and moving is a nice touch

1 like in the videos mean a lot to me, thank you viewer and Dev teams

Enjoyed the visuals and the tension to the end. Hope to see this expanded on in the future, nice work.

Reply
Sector19 Interactive135 days ago
Don't think I got the ending, but holy hell was it tense and scary!
Reply
Alexx_Antonn146 days ago

This game is so beautiful! Both visually and aurally <3

Loved it!! Coming from a person who is pretty ignorant about spanish facism and the culture surrounding it, it did intrigue me and I had a great time exploring! The scares were very well executed, but a bit predictable! Nothing bad about being classic as long as it's done well though!

This game was great!!!

A spectacular game, the elements of Franco's Spain are fascinating.

I had SO MUCH FUN playing this!!!

I loved the atmosphere and the details put into the game! I will never have enough mops blocking the way and ColaCao boxes!!

I am so making my friends play it!
Reply
deivid otaku cachondo204 days ago

This is a good game with beautiful graphics and an eerie atmosphere indeed...but.....Developers should create the sounds and music to their games, that makes it unique..

Reply
Mrevil210 days ago
This games atmosphere mixed it with the graphics as well with the pacing made this a great horror game. great job to the devs looking forward to playing more titles made by you!!
Reply
Meuawan211 days ago

The atmosphere was INSANE! Good job! 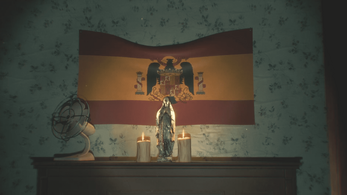 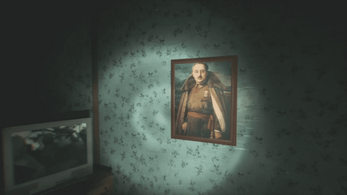 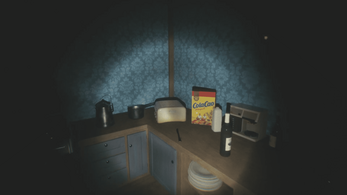 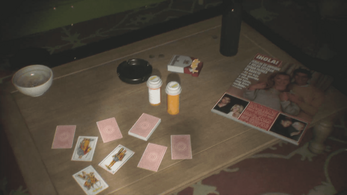 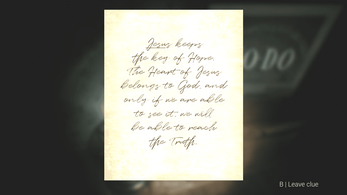 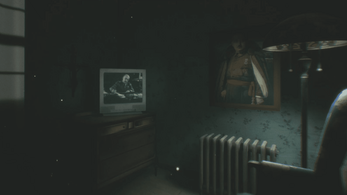 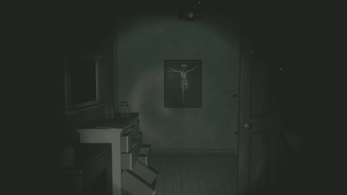 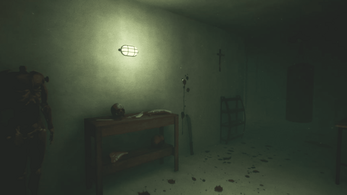 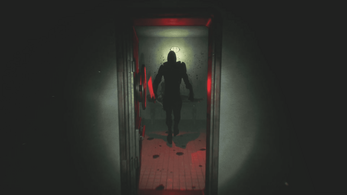